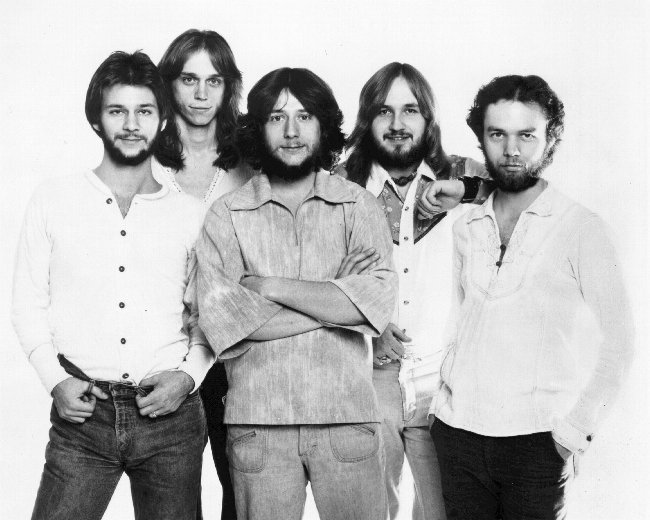 This was the first cover Panzerpappa ever did, and we first played it live about six months before we “massacred” the Prokofiev sonata in Skien (see the previous post).

Happy The Man was one of the true “American” progressive rock bands, together with Kansas, and later Echolyn in the 80s and 90s (to name a few…).

HTM started with a fascination for British progressive groups but managed to carve out a distinctively personal style. And while Kansas was definitely more “symphonic” and had more Great Plains-vibes in their music, Happy The Man became exponents for a sort of “American Canterbury” approach, incorporating much more jazz and jazz-rock influences into their music.

The first two albums they released , Happy The Man and Crafty Hands, are (rightly) considered masterpieces, with Kit Watkins’ truly distinctive keyboard arrangements. No mellotrons in sight – he preferred the leaner textures of string synthesizers, electric piano, Moogs, and ARPs.

“I Forgot To Push It” is a tour de force of big band-influenced music arranged for an instrumental quintet at the height of their powers. The main repeated riff is almost unbearably catchy, and one could easily imagine the final, brilliantly arranged ensemble being belted out by a full saxophone section in a big band.

The primary challenge for Panzerpappa in covering this particular Kit Watkins-composition was the original KEY. It’s in G major. Steinar plays a vast array of different instruments very well, but his main horn is the alto saxophone, and we wanted to utilize the alto in our version. To make it work for the instrument’s range, we had to transpose the song down to D major. Jarle, who had already played the song with the progressive rock tribute band Dead Dino Storage, had to relearn the whole thing… 🙂

But, as it was, it ended up working out better in this new key, since we were performing it with just four musicians, and the key of D made the song sound deeper and fuller, in a way…

We performed the tune at a couple of live gigs, and then, in 2008, we were asked to contribute a song to a compilation album put together by the Norwegian prog fanzine Tarkus. We agreed that I Forgot To Push It would be an excellent choice, so we recorded a version more or less live in our old rehearsal space in the basement of a school called Hersleb in Oslo. We had a rather spartan recording rig consisting of a few microphones, an antiquated PC and a 16-bit audio interface.

But the recording turned out quite well, and we sent it to Kit Watkins to get his opinion. This is what he had to say after hearing our interpretation:

“Wow, that is just a fantastic and wonderful remake of the tune!! Please give my heartfelt thanks and congratulations to all of the band members. I loved the interpretation and the embellishments. Also, I love how you used a lower key signature — gives it a completely new feel! Thanks so much for sharing it with me.”

Which, of course, made us all pretty starstruck, coming from a brilliant musician and composer that we all have admired deeply ever since Trond heard his first Happy The Man record when he was still in kindergarten… 😀

Exercises in Style – No. 47: Spøkelsesaktig (Spectral)

Exercises in Style – No. 94: Portrett (Portrait)

Exercises in Style – No. 70: Anglisismar (Anglicisms)

Exercises in Style – No. 27: Insisterande (Insisting)

Power to the Cover